When do I get my Paycheck after leaving a job?

Whether you are fired, laid off, or voluntarily quit your job, state and federal laws govern how promptly your former employer must issue your last paycheck. While federal law establishes a minimum requirement, state laws differ on how soon you must be paid after leaving your job. Additionally, many state laws carve out separate final paycheck deadlines for employees who quit, as opposed to being fired or laid off. Employers who break these rules often do so out of ignorance, but they can face stiff penalties for noncompliance.

The following article serves as a primer on when to expect your final paycheck after leaving or being terminated from your job, and what to do if your former employer disregards the law.

Most states have laws mandating how soon a departing employee must receive his or her final wages (see Final Paycheck Laws by State for details). But even in those states that lack such laws, federal law requires employers to issue a departing employee’s final paycheck on or before the regular payday for the last pay period.

Some states have laws requiring payment to departing employees on the next scheduled payday, which is in alignment with federal laws, while several states mandate immediate pay upon discharge or on the next business day.

If you have been fired or voluntarily quit your job, your former employer may have to pay you sooner than the next regular pay period.

Sec. 61.014. PAYMENT AFTER TERMINATION OF EMPLOYMENT.

(a) An employer shall pay in full an employee who is discharged from employment not later than the sixth day after the date the employee is discharged.

(b) An employer shall pay in full an employee who leaves employment other than by discharge not later than the next regularly scheduled payday.

Still Waiting? How to File a Complaint

If you have not been paid on your regular payday after leaving a job, and efforts to remedy the situation with your former employer have failed, contact your local Texas Workforce Commission Office or Department of Labor (DOL), Wage and Hour Division office to file a complaint. But before you do that ....

Get a Free Evaluation of Your Employment Law Concerns

Whether you’ve moved on to another employer or were fired from your last job, you are entitled to your last paycheck in accordance with state law. If you’re still waiting for your last paycheck after the statutory deadline, you may want to explore your legal options. Have an employment attorney evaluate your potential claim for free. Call The Vargas Law Office. 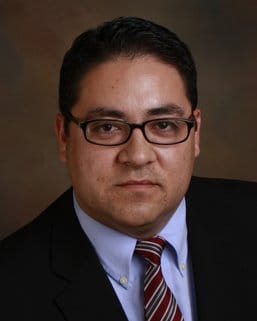